Association for Cornish Heritage passionate about Kernow’s historic and cultural heritage aiming to raise interest and encourage growth in knowledge and education among a wide demographic range of people about our diverse heritage and organisations working within it.

Fantastic news for many people wanting to see this production of #Hireth, but missed it. People who did see it have spoken passionately how much they enjoyed it. A real #Cornish story brought to us by Edward Rowe [Kernow King] as writer and in the star role. Thanks to Cornish Mining World Heritage Site. the film showing of the Hireth theatre show is being brought to a few select venues in #Cornwall and West Devon. The documentary telling the tale about how Hireth came to be, 100 years after the end of WWI will also be shown. Please support this as the opportunity to see this may not happen again and there are no plans for a DVD. Meur ras to Edward Rowe [Kernow King] and Cornish Mining World Heritage Site. 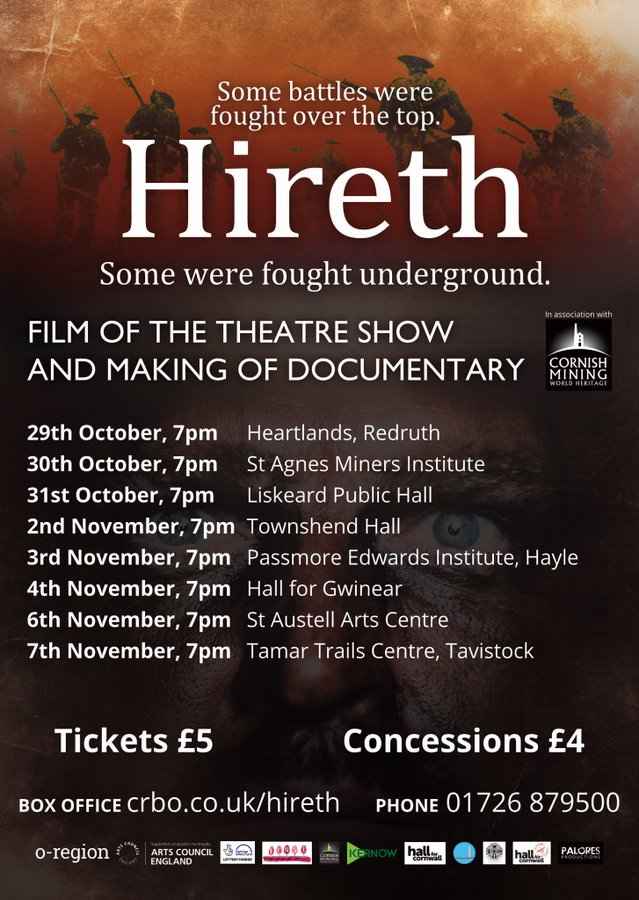 The Rowan Tree @therowantree on 18th October in Newquay

Huge growing interest in Cornish Celtic music is well underway with some great events coming up in #Cornwall during September & October including in Newquay at the Lowender Peran Celtic Festival. Looking forward to sessions being organised through @UrbanKelt and Celtic Congress Cornwall in Newquay starting this autumn. Great FREE event in #Newquay 18th October @therowantree performing at the Cribbar Newquay. More info at Association @CornishHeritage: http://bit.ly/CornishCelticMusicOctober 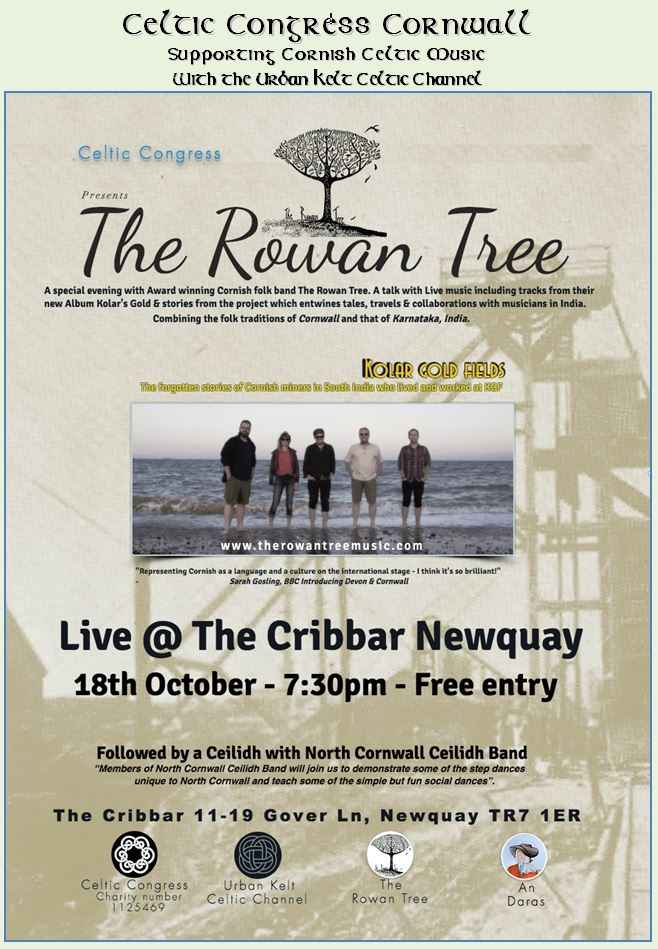 @savannahjackson  8 months ago
This should be good. Can't wait.

@EuanJackson  8 months ago
Excellent! Will be there, thanks for sharing. Keep us informed. @UrbanKelt thanks for getting these events on. #cornishmusic #newquay

Sir William Golding born today 1911 on Mount Wise in #Newquay, delivered possibly by my great grandmother a midwife at the time. From a long #Cornish ancestral line on his mothers side, distant cousin to many local Newquay people. Great aunt Sarah Teague Husband wrote a history 'Old Newquay' illustrated by his father Alec Golding. 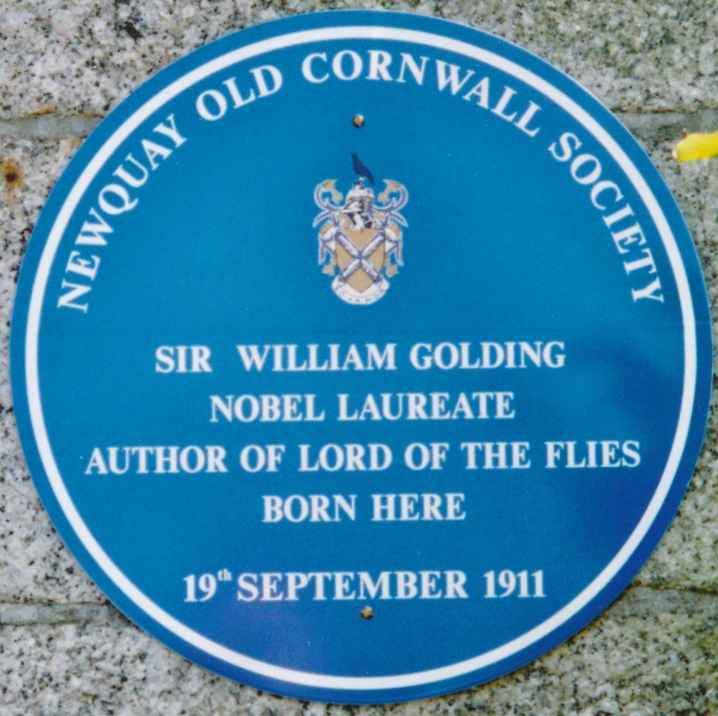 We must applaud the work being carried out by all the groups throughout #Cornwall on ancient monuments. Also to the access points and paths leading to them. Penwith Landscape Partnership, Cornwall Ancient Sites Protection Network [CASPN], Cornwall Archaeological Society, Cornwall Heritage Trust and a host of other #Cornish groups and organisations.👏👏 http://bit.ly/ApplaudingHeritageGroups1 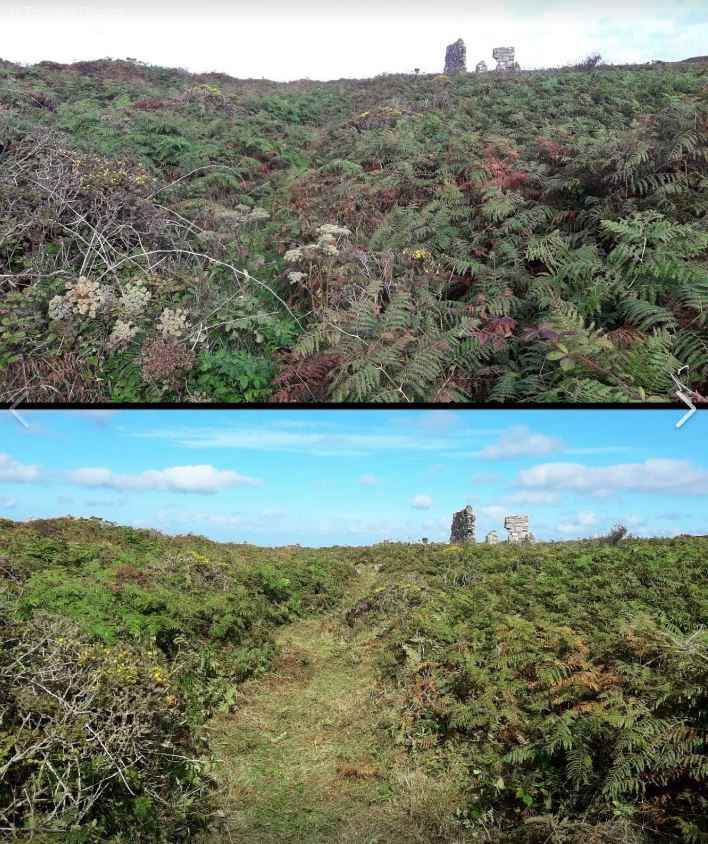 One of my favourite Cornish stone circles, small but perfectly formed. Also a favourite of @ESDale who writes some great blogs on Cornish themes. Look forward to her publishing here in due course. https://cornishbirdblog.com/2016/04/12/monumental-minerals/ 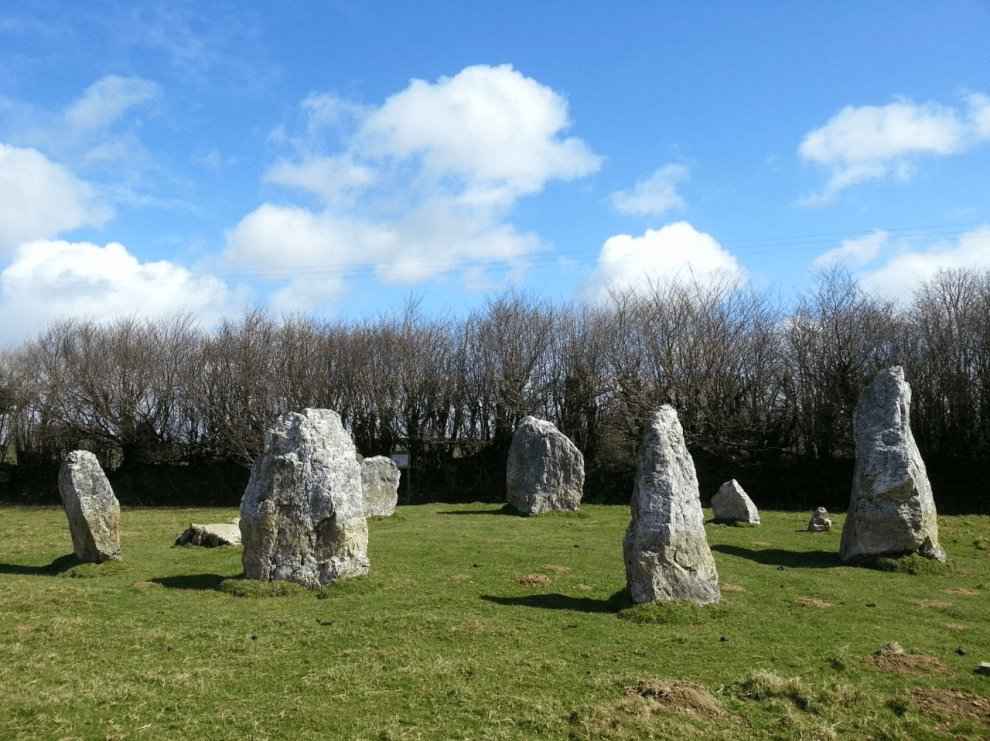 @EuanJackson  8 months ago
Yet to visit, but on the list. More so now!

Our Association for Cornish Heritage social media header. We are pleased to support drekkly.com and wish them every success for the future. Hopefully many organisations throughout #Cornwall will support this #Cornish social media site and spread the word. #Kernow 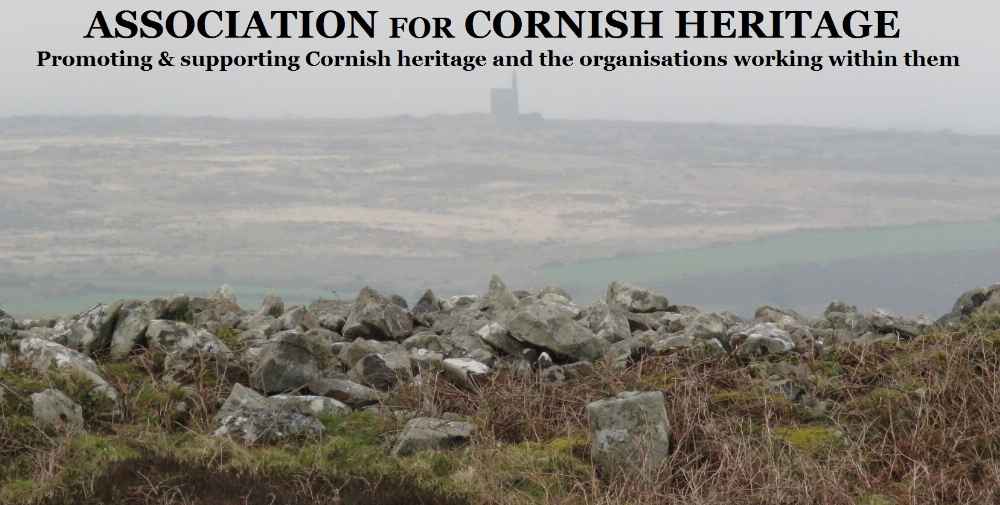 @EuanJackson  8 months ago
Hey @CornishHeritage thanks for joining in with what I am trying to do for #kernow - excited to welcome you! Your mission is critical, thanks for committing to it. #cornishheritage #kernow